In 1535, King Francis I incorporated it into the Crown Estate as part of a debt settlement. Later, King Henry II decided to offer it not to the Queen, but to his Favourite, Diane de Poitiers, “in full right of ownership, seisin and possession, completely, peacefully and perpetually, to dispose of as her own and true patrimony.” This artificial exit of Chenonceau from Crown Lands meant that it was saved, two centuries later, from the French Revolution.

On 10 July 1559, Queen Catherine de’ Medici, widow of Henry II, quickly deposed Diane de Poitiers and installed the authority of the young king, her son, at Chenonceau, amidst Italian pomp and splendour. Amongst the festivities she held here, she managed the Kingdom of France from her study, the Green Cabinet. Her daughter-in-law, Louise de Lorraine, wife of King Henry III, became a widow in turn, and moved into the château in her mourning.

In the 18th century, after the château was purchased by her husband, it was Louise Dupin, lady of the Enlightenment, who welcomed to Chenonceau the greatest scholars, philosophers and academicians in France to her famous literary salon. This exceptional woman was the first to draft a Code of Women’s Rights, with the assistance of her secretary, Jean-Jacques Rousseau, who enjoyed a period of serene happiness at Chenonceau that is described in a number of his works.

Finally, in the 19th century, the château was the stage for the success of Madame Pelouze, born Margaret Wilson, before a financial scandal led to her ruin… and the resignation of the fourth president of the French Republic, Jules Grévy, following the case of embezzlement by his son-in-law, Daniel Wilson, brother to Madame Pelouze. Henri Menier purchased the château from the Crédit Foncier in 1913. On his death, his brother Gaston, a progressive deputy and later senator, transformed Chenonceau into a military hospital for the duration of the Great War. He met all of the operating costs, as he did at Noisiel, headquarters of the Menier chocolate factory, where he set up a second hospital.

During the Second World War, the Grand Gallery at Chenonceau became the sole point of access to the free zone, and the Menier family helped to smuggle out people fleeing the Nazi tyranny. The US president, Harry Truman, visited the château on his first trip to France.
First opened to visitors in 1913 by the owners, Chenonceau still hosts crowned heads, statesmen and leading personalities.

From 1914 to 1918, the Château de Chenonceau was converted into a military hospital. This dedicated space, in the “Gallery of Domes”, pays tribute to the memory of all those who helped treat over 2,250 wounded here, during the full four years of the Great War.

Gaston Menier, senator of Seine-et-Marne, and owner of Chenonceau at the time, decided to take part in the national war effort and offered the Ministry of War to set up a temporary military hospital in the château, covering all the expenses himself. 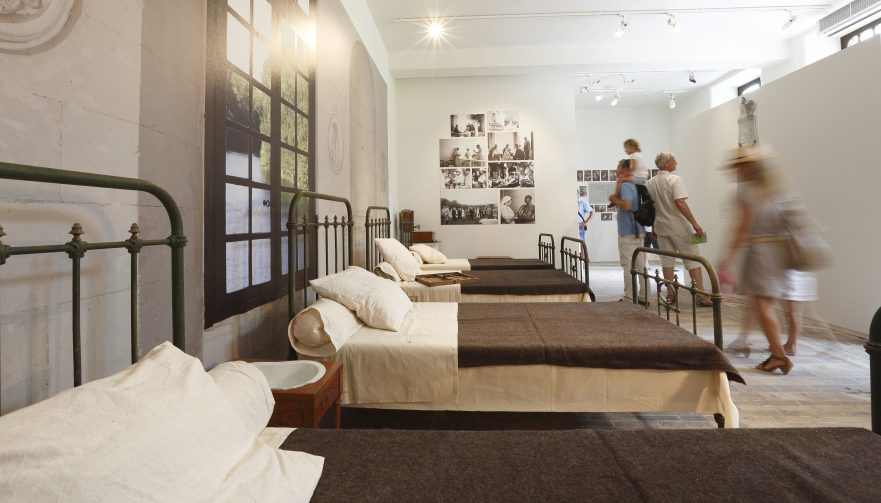 120 beds were installed in the two galleries above the Cher. On the ground floor, a highly efficient operating room was equipped with one of the first X-ray machines. Her beautiful daughter, Simone Menier, wife of her son George, and staff nurse, administered this hospital, treating the wounded and actively collaborating with doctors and surgeons working on site, until the closure of the establishment.

2,254 wounded soldiers, most of whom were very seriously hurt, were cared for here until 31 December 1918.